Cycling, at a more demanding or even amateur level, has no negative effects on the health of the genital organs: a study conducted on more than 4,000 people. 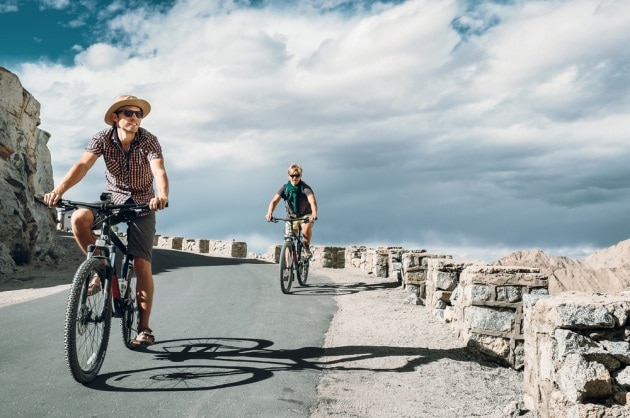 Until now it was believed that the prolonged perineal pressure would damage the cyclist’s sexual health. According to the authors of this research, however, previous studies have not been conducted with sufficient scientific rigor. Photos: cyclists in the Himalayas.
It is often said that cycling hurts the male genitals and that prolonged perineal pressure – the part between the anus and the genitals – damages the prostate . A study published in the American Journal of Urology has definitively denied this belief.
The researchers conducted a comparative study, comparing cyclists, swimmers and runners to see if the first of the three disciplines negatively affected the sexual health of those who practiced it. The result has reassured cyclists: there is no correlation between sexual health and cycling. On the other hand, those who ride bikes enjoy great cardiovascular benefits. 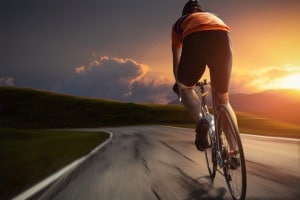 This comparative study is one of the widest so far conducted on the topic.

The cyclists then had to specify their habits: how often they went on two wheels, the characteristics of the hardest road, the type of bicycle and saddle.

Finally, they were divided into two groups: one made up of cyclists who for more than two years used the bicycle more than three times a week traveling an average of 40 kilometers a day; the other group composed of those who had none of these requirements. 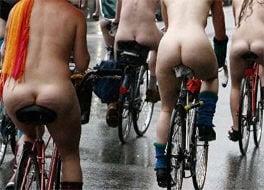 NO RISK (ALMOST). In the end the data were crossed and what emerged left no doubts: the health benefits of cyclists traveling in safety far outweigh the health risks. And with regard to urinary tract infections, cyclists, swimmers and runners have similar stories.

A shadow, however, is there. If the good news is that those who do cycling on an ongoing basis have a better erectile function than those who do it occasionally, the bad news is that cyclists are more at risk of urethral strictures, which occur when the tube that transports the urine from bladder to the outside narrows abnormally.

STANDING OR SITTING? Finally, it was noted that lowering the handlebars under the saddle (as in racing bikes) increases the probability of genital numbness and saddle sores. The researchers are not yet able to say if this can be an alarm bell for future problems, but certainly the annoying effect can be reduced by standing on foot for at least 20% of the journey.