Little Margherita has decided to write an open letter to the mayor to ask her to close the holes. As told, she is used to going to school by bike, but now after the snow and the rain, the road has become too dangerous. 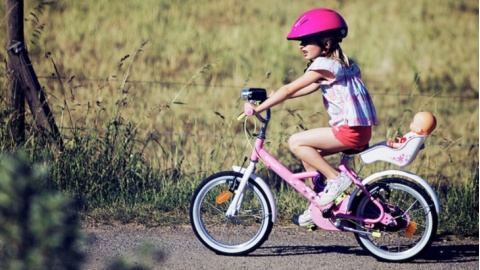 “I’m writing to ask you to fix the road because since it snowed I can not go to school by bike – Margherita writes – It took me so long to learn not to use the wheels and now that I became good, like many other friends of mine I go to my school by bike, I do the first at Puccini, when there was snow we had so much fun sliding from the hill, but now that the snow is gone the road is all broken and I can not go After many days of rain I saw the sun again, I took my bike and I went to school but it was very difficult and I risked falling … My mom says it’s dangerous, but now that I’ve learned I do not want stop and so I ask you to repair the road, thank you so much mayor. “

The mayor reassures the child, clarifying that the workers of the City are already working to solve the problem and make roads safer even for those who ride a bike. “Dear Margherita – Mayor Mangialardi writes – I’m very happy that you have learned to ride a bike and, since thanks to the bike paths of our city in Senigallia with the bike you can get everywhere, I hope that even when you’re older the you will prefer to other means of transport.I have read your report very carefully, of which I thank you, but unfortunately, following the snowfall that I am sure will have given so much joy to you and to many of your friends, in some streets of the city have been created of the holes that are causing some difficulties.

Do not worry, however, because many people are working to try to make up for all the inconveniences in the shortest possible time and soon you will see that they will be able to intervene in your area. I’ll give you some advice: the next time you want to tell me a point where you think it’s particularly necessary to intervene, write me the precise way so I can send someone to do a check and an intervention even faster. “