Currently there are very few solutions that measure, take into account and integrate cycling mobility in the ITS ecosystem of a city, but cities can not afford to lose bicycles as urban transport methods. Niccolò Panozzo, Head of Development at the European Cyclists’ Federation (ECF), affirms that they are too efficient, sustainable and cost-effective for individuals and companies and explains how the project “Hacking Copenhagen Demonstration”, led by the ECF, will show the full potential of connected cycling. 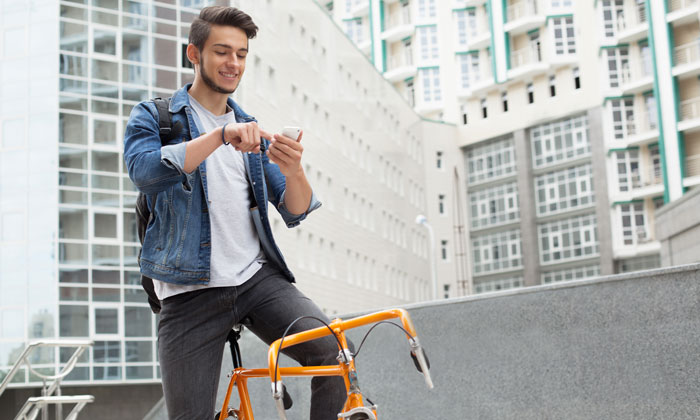 EVERY DAY, thousands of cycles in Copenhagen.

They ride an average of 1.34 million km a day. They fill the city literally, but they do it quietly. An urban cyclist is a silent observer of the daily life of a city, but does not necessarily transmit it to anyone. This is a lost opportunity, comparable to NASA that sends a robot to Mars without a communication device. Bicycles are the only mode of transport that provides a direct door-to-door journey: there is no need for a 200-meter walk after parking or running a bus, or having to spend 20 minutes looking for a parking space. This allows them to record accurate data on commuting time and on the fastest and most direct way to complete the journey. In addition, bicycles do not interfere with the environment: they pass through them silently, slightly and without emitting pollution, which means that the data collected is clean and reliable – and that is where ITS becomes relevant.

During the ITS World Congress 2018, we will turn the cyclists into data collectors and compose an accurate report on mobility in Copenhagen, more effective than ever. The capital of Denmark is already doing a lot to make technology at the service of mobility needs, but nothing as comprehensive and ambitious as this scheme has ever been attempted. Furthermore, this is a global problem affecting all cities in the world: providing a framework for exploiting the information gathered by cyclists could be a turning point in the future development of SUMP, MaaS or IoT. We call this “intelligent cycling”.

The smartest cycling is the shared real-time collaborative application of data, communication technologies, products and services of both public and private actors, which helps people to move better, individually and collectively, throughout the urban environment. Currently, cyclists are anonymous, in individual competition with other urban transport systems; usually invisible, unheard and not considered. Urban transport planners lack accurate or complete means to identify and monitor the real-time movements of cyclists through urban environments. As a result, they have little understanding of how they can improve the mobility offer. To move forward and improve this situation, we must move from mechanical cycling, today’s individualist to the connected cycling of tomorrow.

Create the most intelligent cycling ecosystem
With a complete set of tools, we can equip all cyclists in the city to report what they feel to a central system. We will map where and when they pedal, for how long, how fast, where they stop and for how long, where is the best quality air, which roads need maintenance, which are the most dangerous intersections and which roads to avoid cyclists. We can also learn how the temperatures vary between different districts, why and what is the correlation between time and air quality and temperature and sharing, or between the profile of a neighborhood (residential, industrial, commercial, social) and rush hours, or between transport density and road safety – the list goes on. These are the most obvious and immediate questions to be addressed: once the cross-reference has come into play, another level of analysis arises. For example, what happens when the heat map of the mobility and the most used social network in that area overlap? Or the air quality, the rate of cancer and the density of the foliage of the trees?

We aim to show what happens if we could turn all the bicycles in Copenhagen into a data collection device, controlling the city without disturbances. All these data will be sent in real time to a single platform, where they will be aggregated and made available for in-depth analyzes together with historical datasets, such as map data or validated @IntelTransport count data. A pool of experts in data visualization, visionary urban designers, creative doctoral students and hackathon participants will elegantly blend data from various systems, gather different information in one language and show how deeply cyclists know their city – and vice versa .

Always give priority to cycling
To be truly representative of what is really happening at street level, this project must reach as many citizens as possible and gather the widest possible set of data. The main intrinsic difficulty – that even if it were possible, would be extremely limiting – is using only one data collection system. However, crowdsourcing data from a range of different systems (thus presumably using different formats) and making them capable of communicating with each other will require a lot of work. This project aims to create a standard for real-time data sharing that is simple enough to be adopted by any type of system, but complex enough to allow interoperability and communication between vast ranges of datasets.

The proof-of-concept pilot test in Copenhagen

will also demonstrate the endless possibilities of understanding the city through analysis and analysis offered by bicycles and cyclists. And everything will be delivered in an open format format, from which everyone will benefit.

Future benefit for the cyclist
At this point the second phase of the project comes into play: inverting the direction of communication. After receiving all the information from the cyclists, we want to bring them back to them to enable them to make more informed decisions. Provide updates and recommendations on real-time routes based on weighted analyzes of all available options regarding levels of traffic congestion of bicycles and motor vehicles, air pollution, construction areas, high concentrations of lorries, etc. This would ensure that cycling will always be the best solution for both the pilot and the whole community: the fastest, the safest, the healthiest and the cheapest.