More than 400 million people suffer in the world and every day the disease causes 14 thousand deaths. Prevention is fundamental: healthy diet and daily movement 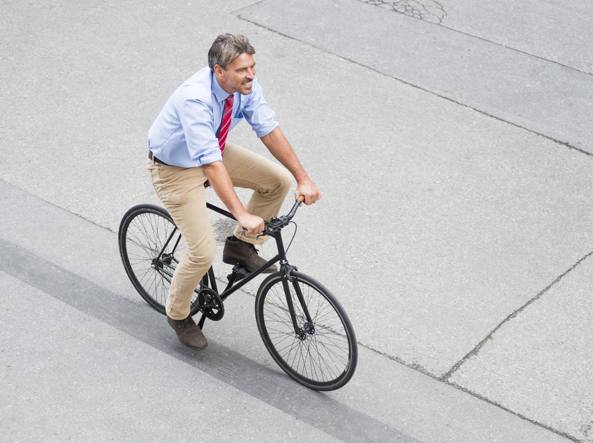 Diabetes affects 415 million people worldwide and grows every year at the rate of 7 million new cases. Every day causes more than 14 thousand deaths. Its economic impact is also very strong: it absorbs 12% of world health spending (over € 600 billion). And it is an ever-increasing disease: according to the International Diabetes Federation, it could affect one in ten adults by 2040, or 642 million individuals. Even more pessimistic is the analysis of the Australian Monash University published in Nature Reviews : according to the authors, the world’s diabetics today would be 520 million, with a considerable underestimation of real cases due to diagnostic tests that are not always adequate or performed correctly.

Prevent with physical activity and nutrition

But type 2 diabetes (what occurs in adulthood) can partly be prevented. With a healthy and active lifestyle. Diet is essential, of course. But also the movement. An extensive Danish study, published in the journal PLOS Medicine, involved almost 25 thousand men and 28 thousand women between 50 and 65 years: researchers from the University of Southern Denmark (Syddansk Universitet) have examined the health of the participants for some years and collected information on their lifestyle, in particular on the level of physical activity performed and nutrition. The aim of the work was to show that even a simple daily effort such as cycling can help prevent diabetes. The results have been clear: pedaling reduces the risk of getting diabetes and the more you ride, the more you leave the disease, with positive effects that are also obtained starting in late age, after 50 years. The study shows that those who start using the bicycle late get (on average) a 20% reduction in diabetes risk.

Diabetes, more and more a world emergency: the ten things you need to know

An epidemic that is scary

The mechanism of diabetes

«Even if it is an observational study, in which we can not be sure that the risk reduction is directly related to the use of the bicycle, it offers very interesting ideas and the data on the benefits in diabetes prevention is realistic – underlines Pierpaolo De Feo , director of CURIAMO. – Healthy Lifestyle Instituteof the University of Perugia -. The bike works against this disease because it activates 70% of our muscle mass, positioned in the lower limbs. It is not a traumatic activity, but a movement mediated by the medium and uniform, without load on the joints “. To understand the link with diabetes, however, we need to take a step back: “Type 2 diabetes develops because of insulin resistance, that is when the hormone insulin works less well – continues De Feo -. This happens because inside the muscle fibers there are excessive deposits of fats (or triglycerides). Muscle fiber has the ability to “read” how much energy it has available, thanks to a particular enzyme, and to start a “message” in case it needs more reserves. If there is fat in the fibers, the enzyme considers that the energy is already present and therefore the request to take sugar from the blood does not start. In this way the glucose “transporters” are not activated. Initially, in the face of this phenomenon, the body compensates by producing more insulin (the hormone that regulates blood glucose levels), but in the long run this process fails because the work of the pancreas – where insulin is produced – It decreases. “

This is why a mild activity such as cycling can positively influence this process, reversing the route: “Putting the legs in motion causes the triglycerides to burn, used as the first fuel, especially if the physical activity is low intensity – explains Professor De Feo, who is also an endocrinologist and responsible for the ” Eurobis ” project”To promote a healthy lifestyle in children -. In this way the glucose transporters are activated and the blood sugar drops. It is necessary to imagine a machine that works with two types of fuel: once the first one is finished, it recurs to the second one, triggering – in the case of diabetes – the virtuous process of blood sugar decline ». In summary, if a diabetic measures the blood sugar before and after a good ride he sees the difference: the value goes down. But how much physical activity, albeit bland, must we do to see the aforementioned benefits? “One hour of cycling every day, which corresponds to 18 kilometers in the plains – explains De Feo -. And considering that we do not have cities like Copenhagen – covered by a network of bike lanes protected by cars – you can also ride a bike inside the house: using the exercise bike the benefit that is obtained is exactly the same, or a loss of fat mass of 1.2 pounds a month, provided you leave unchanged the power. Even 4-5 km of walking per day are good, with a sustained pace but without getting tired: to get an idea, you have to be able to speak normally walking. “

The “energy units” of the muscles

De Feo and colleagues take care of obese and diabetic patients in their institute: «After three months of constant aerobic activity we see a visible improvement of the oxidative processes of the muscle fiber, ie more fats are burnt – the doctor says -. This happens because in the muscle fibers there are “control units” that burn energy (the mitochondria), which increase with the physical movement: the number of mitochondria can increase up to 50% after six months of activity. I want to add that muscle fiber responds to stress even in old age, we have seen it even in 80 year old patients, and that the effect of physical activity is the same in both sexes. 30% of our diabetic patients, subjected to the constant movement program, are able to suspend insulin. It also improves the prognosis of hypertension.