Earlier this year, we took a look at the oily-finger-saver that is the Rehook cycling tool, a plastic device weighing just 20 grams which can ‘re-hook’ your chain back on to your bike in seconds and leave the days of oil-drenched hands behind in the process. What’s more, you’ll also find its small size lends itself to getting into smaller gaps beyond your fingers’ reach.

The Rehook tool can be popped in a pocket or conveniently attached to your bike, meaning that it’s extremely easy to re-attach your bike chain if it comes off. Simply grab the chain, take it over the top of gears, then use it as a handle to spin it back into place, as this video below demonstrates:

But one of the main reasons behind Rehook’s rise to prominence is the appearance of its creator Wayne Taylor’s 2019 appearance on Dragons’ Den, a TV show where entrepreneurs pitch their ideas to five wealthy investors with the hope of receiving their financial backing.

And while many budding hopefuls have been brutally shot down by the likes of Deborah Meaden and Peter Jones in years gone by, Taylor more than held his own in his search for a £50,000 investment in return for a 15 per cent share in Rehook.

His impressive pitch sparked a fiery bidding war among all five Dragons, eventually accepting Meaden’s offer of £50,000 for a 25 per cent stake in his business.

Since helping Rehook become even more of a roaring success, Taylor has launched the Rehook PLUS, another light multi-tool weighing about 60 grams and costing £26.99, just more than double the original product. With 11 functions in one and an extremely simple setup, Rehook has gone from strength to strength since its big breakout.

We caught up with Taylor to see how business has boomed for Rehook after Dragons’ Den, as well as his cycling background, how he first conceived the idea, future plans, and much more.

DC: Firstly, could you just tell us a bit about your background with bikes?

WT: “I suppose I’m a practical cyclist – I’ve always used a bike to get around, but don’t often get out for leisure. I’m a sucker for optimisation, so cycling is a great way to fit in some exercise while doing necessary travelling.

“I’ve been on a few cycling holidays around the UK, but for me it’s always about the location rather than the ride. I’d much rather take in the scenery than have my head down trying to cover more miles.”

DC: Could you tell us a bit how you took Rehook from an idea in your head to a “real” product?

WT: “I had the idea after dropping a chain on the way to a meeting. I work in tech and mobile apps had been taking over for a few years, so I constantly had the mindset of coming up with new app ideas – before discovering someone else had beaten me to it.

“I realised that Rehook would be the ideal fit for me as I wanted to be able to focus on learning finance, sales and marketing, but software products require endless new features and maintenance, so you can’t ever stop developing them.

“I knew with a physical product, I would be able to set it up in my free time and progress it intermittently, without it quickly getting outdated in the way software does. I started putting some ideas together and testing random tools and pieces of metal in my garden to get an idea of what was needed and how it would work.” 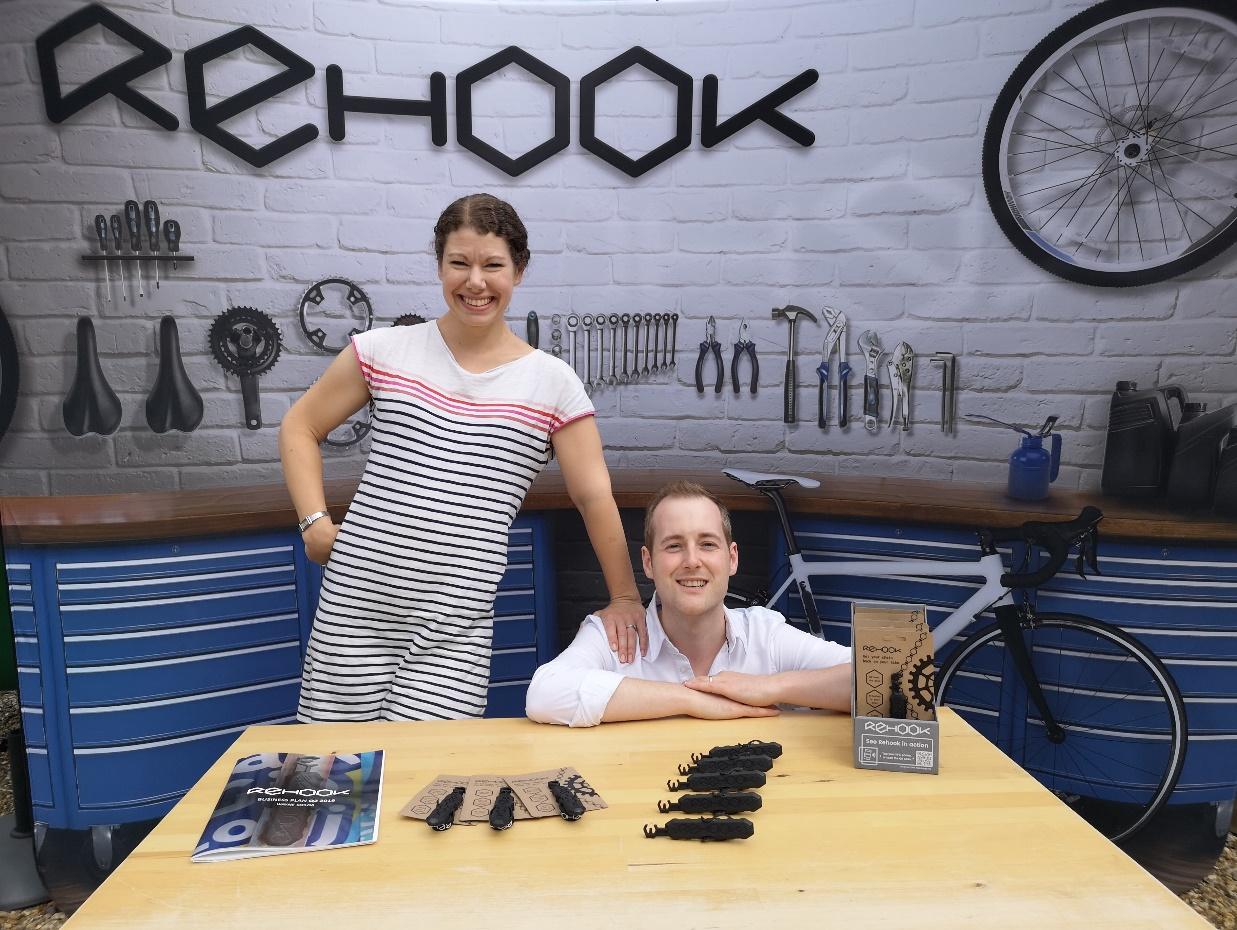 DC: Your Dragon’s Den pitch was one of the most successful I’ve ever seen. What was it like being on the show?

WT: “Thanks, I was really pleased with how it went.

“To be completely open with you, all the way through the application process for the show I was really wary that I was going to be the joke pitch of the episode. I’ve done a bit of public speaking but have never needed to memorise a speech, so the pitch was definitely the hardest part for me.

“I’m confident with numbers and was well-prepared for any questions, so once the initial pitch was over, it was much easier (though not any less tense).

“The Dragons were surprisingly nice in the Den; you’re grilled by them for more than an hour, so it’s pretty intense and towards the end your brain is fried, so it’s easy to see why so many people seem to not be able to answer what sometimes seems like simple questions.”

DC: What’s your experience been like since the show (both reaction and also dealing with Deborah, etc.)?

WT: “We’ve had a great reaction since being in the Den. There has been lots of support and kind words from people who have seen us on the show.

“Deborah is very down to earth and genuine. She is obviously very knowledgeable and sharp. We send her an update on progress every month and she always seems able to pick up small details and give really useful feedback, which is amazing when she has been working with so many other businesses for the weeks in-between.”

WT: “It’s mad; lots of people think you are an overnight millionaire if you are on Dragons’ Den.

“We have had a lot of challenges trying to operate and launch a new product during COVID-19. We also had plans to be at a lot of cycling events this year, which have now been cancelled.

“At the same time, we have seen a big increase in demand as more people turn to cycling as a safer method of transport during the pandemic. We have seen about ten times more demand so far compared to last year.

“It’s still just my wife, Anna, and I that run everything from home. We are looking forward to finding an office and growing the team later this year.” 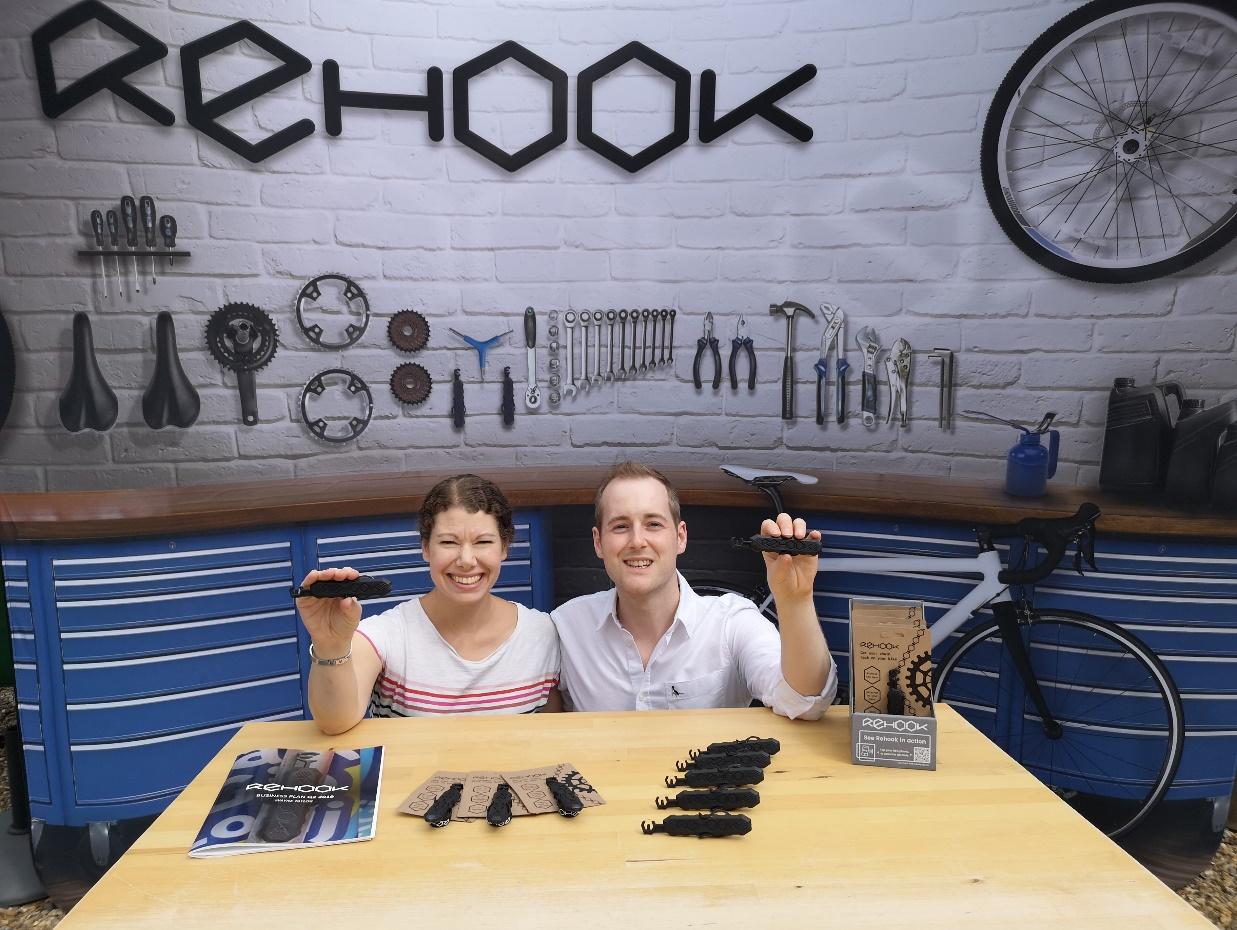 DC: Finally, could you tell us about your future plans, Rehook PLUS and beyond?

WT: “We regularly attend cycle shows so that we can meet customers face to face, which has been essential to get honest feedback. It has been great to take all of this feedback and build it into Rehook PLUS.

“We’ve had a lot of interest from overseas distributors, so we have been really busy working on this too. We have more products in the pipeline and are really looking forward to expanding our range.”

Our thanks to Wayne for his time. You can check out the latest Rehook models here.