The bike is the most popular means of transport by Italians during these summer holidays 2018. And scientific studies prove that pedaling is even better than you think. 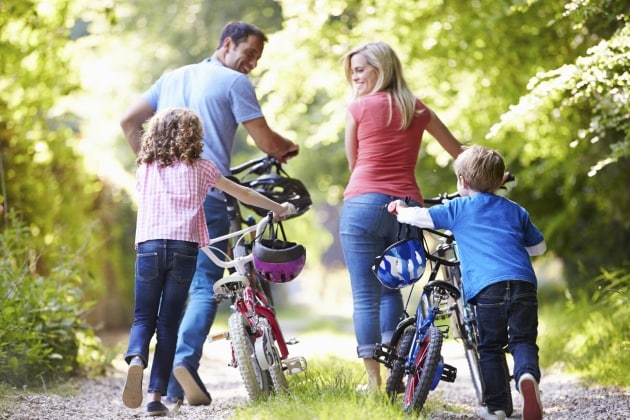 For an Italian in three, the bicycle is, at least in its intentions, the preferred way to travel during the holiday trips of this summer 2018. This is the result of the survey conducted by the Linear Services Observatory: precisely 32% of respondents choose the bike (even if the car is the most used by families). They follow: the train (30%), the cars (26%), and the motorbikes (12% the motorcycles).

YES TO PEDALS. The reason why Italians prefer the bike? It does not pollute and is good for health, it does not cost anything, it’s fun, it frees the city and the car and pollution campaigns. Here are 10 good reasons (supported by scientific research) to ride not only in summer but all year round. Even in the city, to go to school, work, or shop. 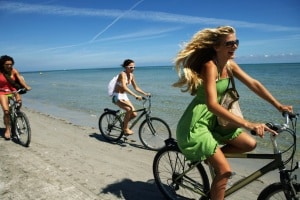 Cycling on the sea: it is happiness. | THINKSTOCK

1 – MAKES HAPPY MORE.John Ratey, a psychiatrist at Harvard Medical School, in his book Spark: The Revolutionary New Science of Exercise and the Brain, tells of patients who after a year of “cycloterapa” were greatly improved by severe forms of depression. In short, scientists who have been studying the benefits of cycling on our brains for years, agree: pedaling reduces stress and decreases depression. In a word, it gives happiness.

2 – CHECK THE WEIGHT (SPECIES IN THE WOMEN) . One hour of cycling causes 500 calories to burn. According to research published in the Archives of Internal Medicine , which studied the beneficial effects of cycling on overweight premenopausal women, one hour of cycling, several times a week, has slimming effects.

3 – PROTECT YOUR HEART . Several studies prove that the bicycle is useful for the prevention of cardiovascular diseases and prevents worsening in the elderly. In fact, cycling is a sport of resistance and pedaling gradually strengthens not only the heart but also lung ventilation.

4 – DOES NOT HARM TO PROSTATE. There is no link between cycling regularly and the onset of male health problems, as has long been believed. According to a recent British study at the University College of London, cyclists do not risk uro-genital infections, erectile dysfunction, infertility. The researchers took a sample of 5,300 British cyclists, aged 16 to 88, used to stay in the saddle from 3 to 9 hours per week to assess the chances of getting sick of these diseases. And the results obtained are reassuring. On the contrary, cycling is good for the pelvic area because the venous circulation is activated through the muscular pump of the legs.

5 – DOES NOT DAMAGE THE JOINTS. Unlike running, cycling is a low impact sport: by pedaling, we do not exert pressure on the joints of the lower limbs. That’s why it’s indicated for the knees. Moreover, as reported by a French research published in the Journal of Electromyography and Kinesiology, performed on those who practice mountain biking, strengthens all the muscles of the legs. In conclusion: those who ride a bike improve muscle metabolism to the advantage above all of buttocks, thighs and calves. Not only. It also strengthens the muscles and bones of the dorsal area, so the back also benefits.

6 – DECREASES FITNESS. Cyclists, despite the fatigue they can endure in long and steep climbs, have more energy: according to a study by the University of Georgia the energy levels of those cycling at a moderate pace for at least 3 times a week, improve by 20% , while 65% fatigue decreases.

7 – EXTEND LIFE. The more you ride intensely, the longer you spend your life expectancy, especially because you avoid heart disease. This is supported by a Danish study: for women, 2 to 3 years older, and for men, aged 4 to 5 years. Even the Tour de France cyclists live on average about 8 years longer than other sportsmen. It is the result of a research published in the International Journal of sport medicine .

According to estimates made on the 53 European countries surveyed by the WHO, the sedentary lifestyle causes about one million deaths a year. 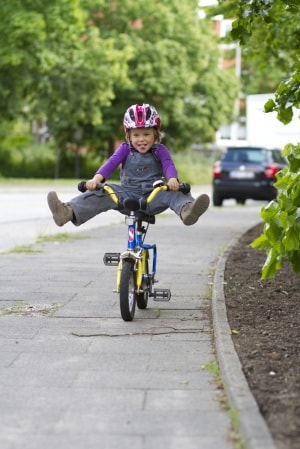 8 – IT IS NOT DANGEROUS (WITH HELMET). Cycling can be dangerous , especially in the city, due to traffic accidents and pollution. In 2010, in the United States, almost 800 cyclists were killed and 515,000 ended up in the emergency room. What to do? First of all, wear a helmet with the correct size.

Several recent researches , which seek to clarify the advantages or disadvantages of cycling, are in favor of cycling mobility: the benefits that the bike gives to health are greater than the risks of road accidents and exposure to air pollutants.

9 – FAILS TO THE COUNTRY. According to a recent study published by the UN Economic Commission for Europe (UNECE) and by the WHO Regional Office for Europe, if the major European cities invested on two wheels and therefore in “green and healthy transport”, over 76,600 people could find work (in bicycle retailing, in maintenance, in the supply of clothing and accessories for cyclists). Furthermore, around 10 thousand lives could be saved. If Rome adopted the same model of bike sharing in Copenhagen (Europe’s leading city with 26% of city transport on two wheels), more than 3,200 new jobs could be created and 154 lives could be saved in a year.

Physical inactivity and smog are among the main factors associated with deaths in Europe: 500 thousand each year. Widespread use of the bicycle could be the solution.

10 – WHO GOES IN BIKE, LIKE MORE. Charming, intelligent, ecologist, selfless, generous. According to a study by the British Heart Foundation , a quarter of the British think that cyclists have all these qualities. In short, the rider is the ideal partner, other than the player.